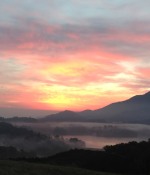 In Search of the Sleeping Lady

New Projects for a New Year This is my first attempt at time-lapse video.  Think of this as a test and “prequel” to my real project.  Comments appreciated. (You can watch it in full screen on YouTube). Mount Tamalpais is known locally as “The Sleeping Lady.”  There are a number of variations on the legend… Read More ›

“Ghost Town.”  Just saying it brings visions of cowboys and gunfights on dusty streets.  The stuff of old movies. There are hundreds (if not thousands) of ghost towns in the American West.  Dilapidated and broken buildings are a testament to broken dreams and tough people in search of the American Dream.  Discoveries of silver and… Read More ›

Hole in the Ground trail is another classic Tahoe mountain bike ride.  One of the early highlights is climbing to 8200′ along Andesite Ridge before descending into a granite playground.  The top of the ridge is mostly rock and devoid of trees.  This gives huge panoramic views spilling out along both sides of the ridge. … Read More ›

OutdoorPix- The Bridges of Downieville

The Bridges of Downieville Downieville is a classic California mountain bike destination.  Located at the confluence of the Downie and Yuba rivers, this former mining boomtown reinvented itself as an outdoor destination for mountain biking. Most people do the ride as a downhill shuttle.  We did the ride as an out-and-back and were blown away… Read More ›

The Donner Lake Rim Trail is a work in progress.  The trail will eventually circle the rim of Donner Lake, just West of Truckee, CA.  As of July 2012, the North side of the DLRT is complete.  Most of the trail is above 7,000 feet in with sweeping panoramic views for miles.  For the avid… Read More ›

How I Became an Environmental Activist

I am not an activist in the protesting, letter writing sense.  Instead, I use a chainsaw to speak for me.  Let me explain: It was probably around the 20th time I’d heaved my bike over the large tree blocking the trail.  “When are they going to get out here and cut these %^&*ing trees?,” I… Read More ›

The Tahoe Rim Trail (aka TRT) is a 165-mile trail that circumnavigates the Lake Tahoe Basin.  This is part two of our 8-part series showcasing each section of the 165-Mile Tahoe Rim Trail.  The TRT is commonly divided into eight sections (where the trail meets roads or access points).  While many people do the TRT… Read More ›

We’ve come across a number of these old cabins dotting the backcountry.  A standing testament to Tahoe History.  This is reason alone to get off the beaten path and explore the backcountry roads and trails (even those that seem to lead nowhere). This old West Shore cabin is pretty sturdy.  It even survived a large… Read More ›

In Search of Hidden Waterfalls and Wildflowers

(This post is subtitled- “How I dropped my digital camera into a waterfall.”) Each season has different qualities that we love.  The Northern California coast has a distinct rainy season.  In the spring, our golden hills turn green.  Creeks are full, and seasonal waterfalls appear.  From years of running, riding, and hiking, we’ve learned about… Read More ›