How we went for a hike, came home with a new pet, and helped the environment. 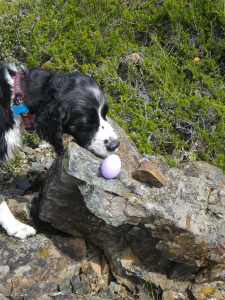 I was following H down the trail when I almost stepped on something.

Was it real?  It was indeed real, and it was a baby turtle (a hatchling) on the trail next to the lake.  It’s a bit larger than a quarter, perhaps the size of a kiwi slice.

We looked at it, admired how cute it was, and took a few pics. 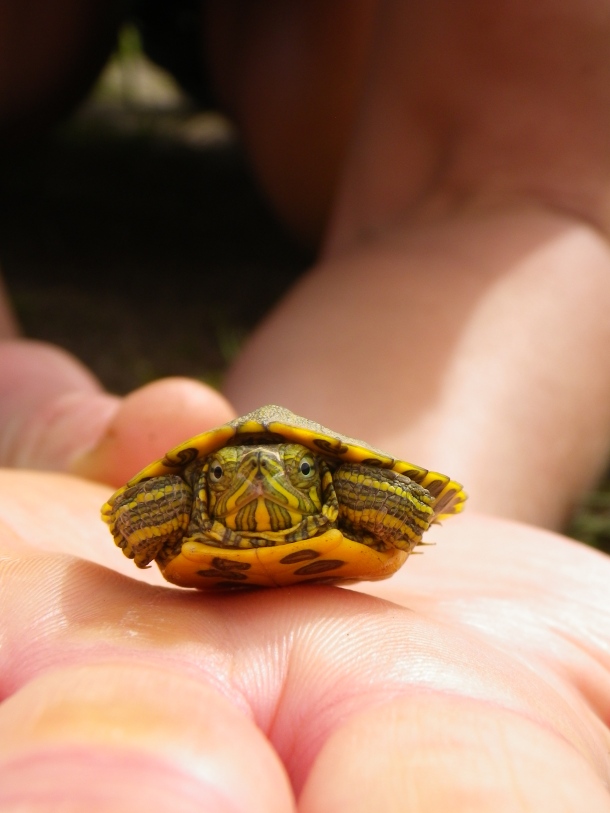 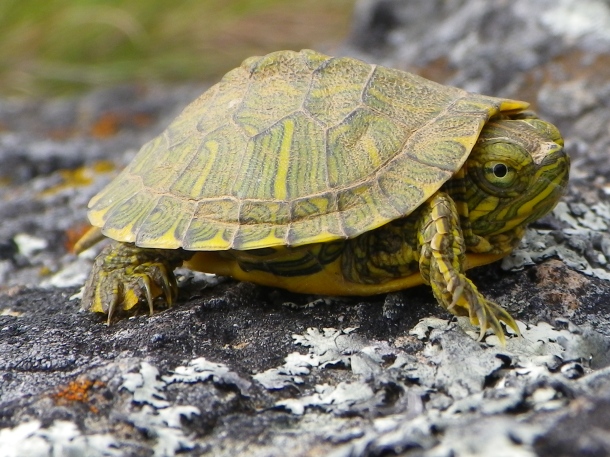 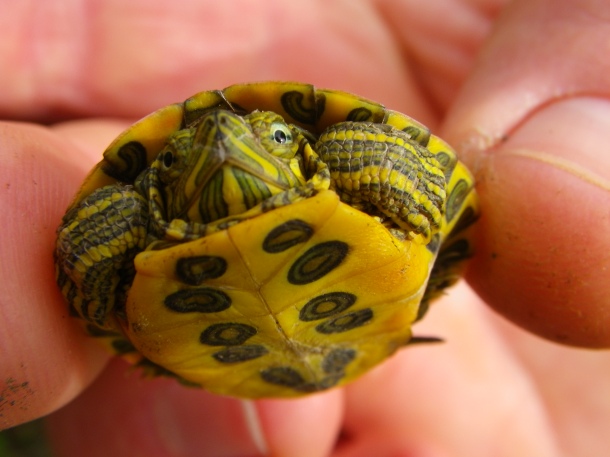 We’ve been running and hiking these trails on the Marin Municipal Water District for a lifetime.  We have a pretty good idea what’s going on out here.   A year or two ago, there were turtle traps nearby- set by the Marin Municipal Water District to capture non-native turtles (they are later adopted).  Turtle dumping is a problem here.  People regularly dump their pet turtles nearby when they’ve grown tired of them.  Red eared sliders are an invasive, non-native species that are displacing the smaller native Western pond turtle.  (They dump their pets at this lake because it’s close to a parking lot and doesn’t require walking.  People who can’t be bothered to take care of their pets, also can’t be bothered to walk very far either).

Daisy Trail Dog was really curious about the turtle and what the fuss was all about.  She wanted to see too.  Usually she is the center of attention.

What is that? Daisy wants to see too.

I remembered that I had my iPhone (a rarity while hiking) and 3G signal!  I did a quick Google search for “non-native turtle Marin Municipal” and immediately get a poster about non-native turtles.

You can read the San Francisco Chronicle’s article on turtle dumping as well- Turtles Battle for Marin Turf.

We quickly identified that this cute little thing was a non-native invader!  It was clearly a red eared slider hatchling and not a western pond turtle.  We couldn’t leave it there, knowing it didn’t belong.  H and I talked about what to do with it.  H had a red eared slider as a child all the way into college (when it escaped) and was no stranger to turtle care.  I asked her, “Do you want to keep it?”  Her face lights up, “Can we?”  Anything to make you happy.  Of course we can keep it. 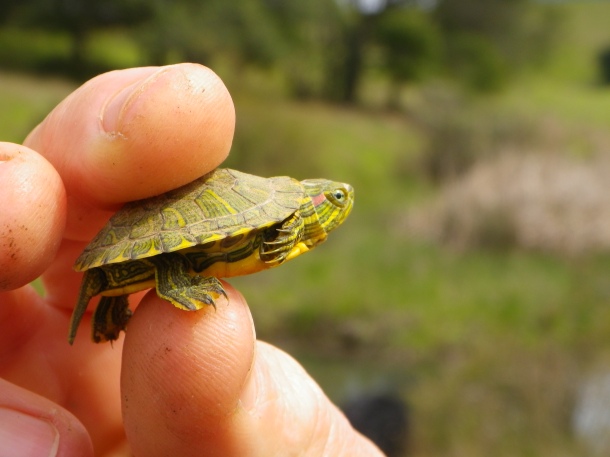 Because we took Daisy Easter egg hunting, I just happened to have a little take out box that we had used for Daisy’s treats (tofu, cheese, and some other treats for easter spaniels).  We padded the take out box with a baggie and some grass, and Voila!  Take out turtle!

We carefully brought the turtle home.  A couple days later, it has a name:  Sprout!  We got a small starter tank, heater, pump/filter, rocks, etc.  Sprout isn’t living in the wild anymore, but has a pimp turtle condo.  We’ll look for a much larger tank as Sprout grows.

Please note–  We do not condone taking wildlife from its natural habitat.  Take only pictures, leave only footprints and tire tracks.  We knew in advance that there was a problem at this lake with people dumping pet red eared slider turtles.  We positively identified the turtle as a non-native before taking it home. 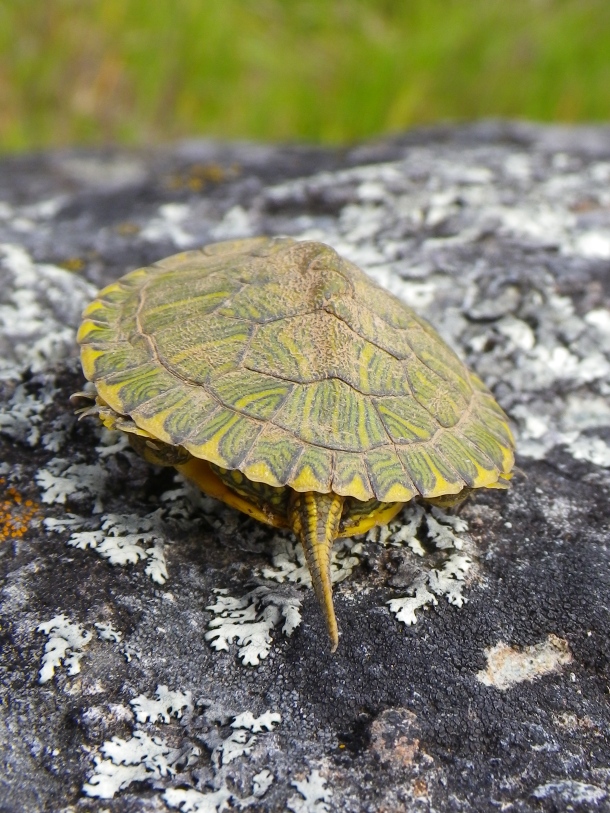